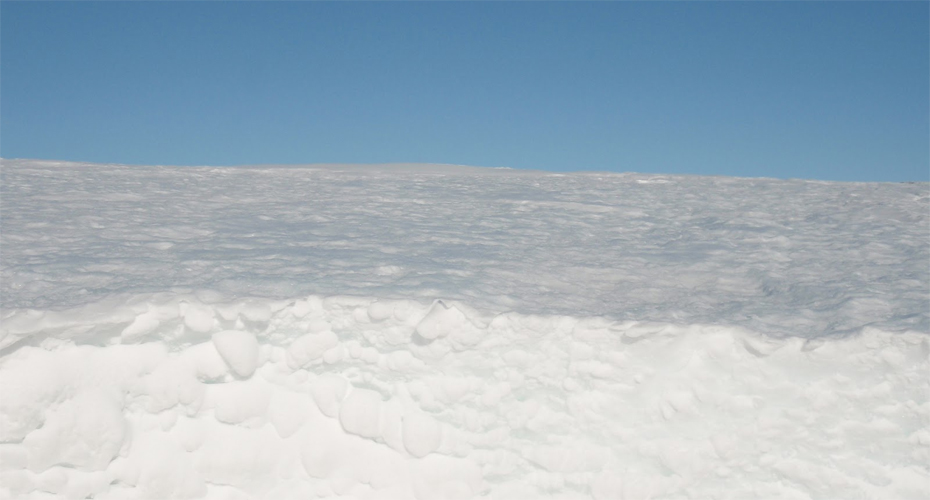 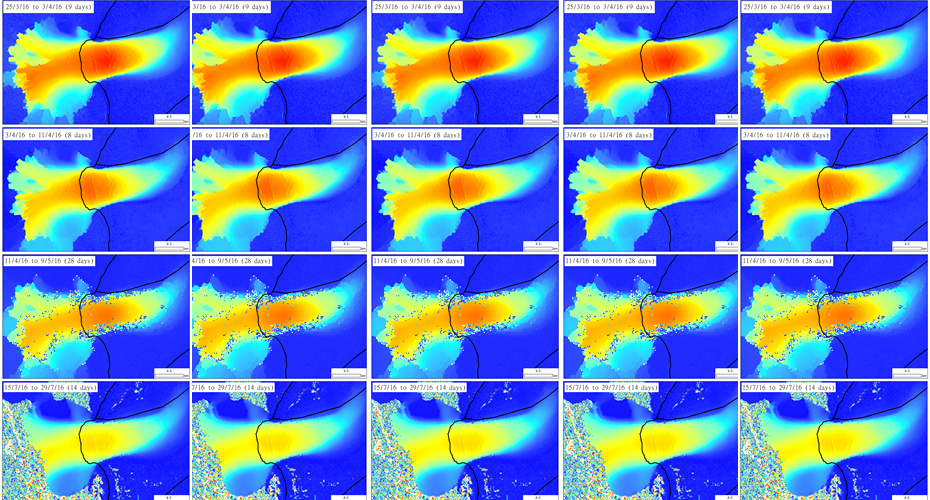 While significant progress has been made in the assessment of the future contribution to sea level from the major ice sheets of Antarctica & Greenland, less research attention is being given to high latitude ice caps, despite the fact that they will continue to dominate the cryospheric contribution to near-future rates of sea level rise. In particular, projections for the future behaviour of ice caps in the Arctic (outside of Greenland) do not take into account ice dynamic contributions resulting from surge- and tidewater-glacier type cycles and behaviour, because the mechanisms of ice flow variability are not fully understood. This project aims to quantify changes in ice flow at Arctic ice caps to improve our understanding of the processes responsible for variations in flow.

In recent years, the launch of USGS Landsat 8 and the ESA Sentinel satellites have led to a significant improvement in the quality and availability of satellite imagery and radar data. The improved spatial, radiometric and temporal resolution permits more accurate and complete mapping of ice flow variations than has been possible previously. In this project, the student will use Python scripts to extract ice flow measurements from a large database of archived satellite observations in order to detect and quantify flow variations at selected Arctic Ice Caps. They will then use a combination of GIS and python (e.g. ArcPy) to investigate the processes responsible for causing theses variations in flow. Ancillary datasets such as observations of sea-ice extent and outputs from regional climate models will be used to interpret the observations of ice flow. The student needs to have strong GIS background, familiarity with the Python programming language, and a willingness to develop their coding skills.

Numerical snow and ice-flow models commonly use Positive Degree Day (PDD) models to convert coarse temporal-resolution temperatures (month/year) into snow and ice melt value. However, the relationship between an average temperature and the resultant melt is complex and spatially varying. If this relationship is not adequately represented, then projections/reconstructions using this type of model will not be robust.

The aim of this project is to use available meteorological and snow/ice observations to test the traditional positive degree day model formulation across different spatial locations/climate regimes. The research will investigate the impact of the assigned standard deviation of the temperature around a mean, the appropriate degree day factor, and the impact of the antecedent temperature conditions.