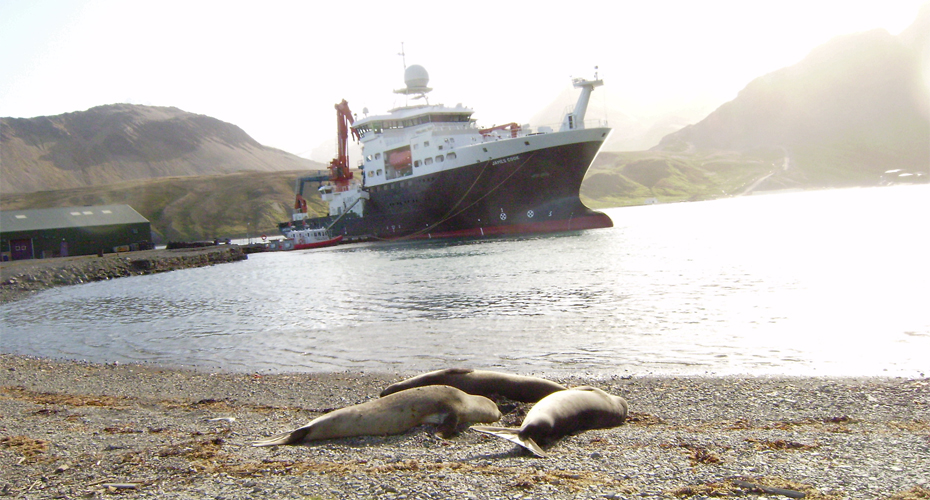 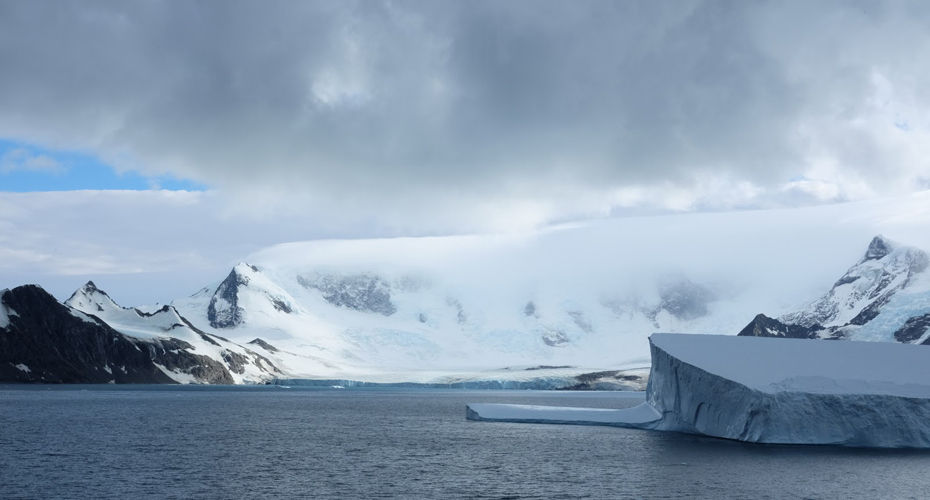 Tropical cyclones (hurricanes) and their feedbacks on climate

Tropical cyclones (TCs) are hugely powerful natural phenomena, and can be extremely destructive if populated areas are hit during land-fall. Some predictions forecast an increase in the intensity of TC activity, with potentially increased damage. We therefore have to better understand the influence of climate on TCs and the influence of TCs on climate.

The direct effect of TCs is an increase in CO2 release from the ocean due to high winds and low atmospheric pressure. Cooler water will also be mixed from below causing a drop in sea surface temperature. Depending on the concentration of CO2 in the mixed water, on the ecosystem response (if any), and on the surface temperature, the indirect effect may range from further enhanced release to enhanced uptake. Hence both positive and negative feedbacks on climate are possible overall.

The aim in this project is to advance our understanding of the direct and delayed impact of TCs on climate. The new tools and observations available include (1) remotely sensed data (sea surface temperature that tells us about mixing, ocean colour that tells us about the ecosystem response), (2) in-situ observations (automated ocean profilers that drift around the oceans, oceanic CO2 observations from ships intersecting hurricane wakes), (3) modelling of the oceanic and ecosystem response to TCs (starting with a 1-d coupled physical and ecosystem model), (4) hurricane track and weather re-analysis data, ocean re-analysis data, and (5) publish the study and results.

Why are all our projections of future ocean CO2 uptake wrong?

The amount of CO2 that we can emit to the atmosphere while staying below agreed warming thresholds is determined by how much carbon the ocean and land carbon cycles take up. We have recently discovered a pervasive bias in the chemistry of ocean carbon cycle models which suggests that models will underestimate future ocean CO2 uptake (Lebehot et al. in prep.). A likely cause of this bias is inadequacies in the models’ representation of the ocean chemistry, and particularly the alkalinity. This project will attempt to diagnose why models are simulating alkalinity badly, and how this contributes to biases in future ocean CO2 uptake.

To address the above described question, we are building a simplified and more controlled version of an ocean biogeochemistry model within a new framework which allows us to run the model to equilibrium very quickly (Khatiwala et al.). This framework will allow us to switch between real-world like and typical model ocean circulation, evaporation/precipitation, primary production and calcification, then test hypotheses about how alkalinity is moved vertically in the ocean by biology.

To do this we are looking for a student who is comfortable with FORTRAN and/or C, and who has a desire to understand how our planet works!

How does the ocean store anthropogenic carbon and heat?

The southern ocean have absorb half the global ocean’s uptake of anthropogenic carbon (Cant) and about three-quarters of the excess heat that has accumulated in the Earth system as a result of burning fossil fuels (Frölicher et al., 2015). A major uncertainty in climate change prediction is when, where and how much will the ocean vent back CO2 and heat to the atmosphere again, a redistribution occurring via the ocean great conveyor belt and mixing (ocean overturning). The classic view of the overturning is that warm surface currents (i.e Golf Stream) transport warm water to the poles where it cools and sinks and then return southward into deep cold flows to finally raise to the surface mostly via uniform mixing in the interior ocean. However, this present paradigm of deep-ocean mixing is inconsistent with the last two decades of measurements of ocean turbulence (Ledwell et al., 2000, Mashayek et al., 2017, ) indicating deep mixing is predominantly sustained by localised mixing near the seabed (probably in the bottom boundary layer). Therefore a new paradigm with an updated understanding of deep-ocean overturning is starting to emerge with different circulation rates and patterns (i.e water mass ventilation) from those in the present paradigm. The new paradigm could change timeline of heat and carbon sequestration in the seas, with a timescale to resurface much shorter than previously thought and a portion of them returning back to the atmosphere.

The aim of this project is to contribute to the debate by using passive transient tracers data to probe which of the two deep sea overturning paradigms is the more consistent with ventilation time scales given by those tracers distributions. Transient tracers, such as chlorofluorocarbons (CFCs) and sulphur hexafluoride (SF6), are a powerful tool to estimate ventilation timescales (Jenkins and Smethie, 1996) and are good proxy of Cant and excess heat uptake by the ocean. With no natural source, CFCs and SF6 are released into the atmosphere by human activity and enter the ocean surface through air–sea exchange (as CO and heat), marking the surface water. As they are transported into the interior, they trace the pathways of the oceanic circulation (as a dye). Because we know their time-varying concentrations in the atmosphere, their presence in a seawater sample gives information on when that water was last exposed to the atmosphere and allows for the calculation of ventilation time scales (or ‘water mass ages’). Ultimately, this work will contribute to leading-edge improvements in ocean modelling and in climate change prediction.

We are looking for a student willing to join the Exeter transient tracer team in an oceanographic expedition with the British Antarctic Survey in the Southern Ocean. The student will use the newly collected, and existing observational data, to provide insight into both the time scales and the dynamics of the ventilation. She/he will map the ages of the water masses and the CFCs and SF6 inventories in the Southern ocean and investigate how they agree with the components of both of the deep sea overturning paradigms. The student will use scripts developed at Exeter and needs a willingness to learn programming skills (Matlab). You will have two co-supervisors, one in Exeter (Dr Marie-Jose Messias) and one in Southampton (Prof. Alberto C. Naveira Garabato).

Is the Atlantic Meridional Overturning changing? How is it impacting on the anthropogenic CO2 and heat oceanic uptake?

The atmosphere and ocean work together to move heat and freshwater across warm and cold latitudes and regulating the planet climate. In the Atlantic, components of the Meridional Overturning Circulation (MOC), such as the Gulf Stream, carry vast amounts of heat from the subtropics to high latitudes, keeping Europe’s climate mild. Climate models suggest that the continuing increase in human emissions of carbon dioxide to the atmosphere will cause a slowdown of the Atlantic meridional overturning circulation in the 21st century (IPCC, 2007). This is likely to affect the ocean-atmosphere heat and dioxyde carbon (CO2) exchange (Perez et al., 2013, Mercier et al., 2015) and the climate of the northern hemisphere. To better understand how the variability of the subtropical/polar gyres circulation, the MOC and heat flux shape weather and climate, large-scale international programmes (OSNAP, OVIDE and RAPID) are monitoring the Atlantic currents.

The aim of this project is to investigate and document on the linkage between MOC change and excess heat (resulting from climate change) and anthropogenic carbon uptake by the ocean. The project will be integrated with research being undertaken by the supervisors within the OSNAP-OVIDE-RAPID observations system. In particular, Messias leads the measurements and analysis of the transient tracers, chlorofluorocarbons (CFCs) and sulphur hexafluoride (SF6), along several transatlantic transects in the subpolar gyre (OVIDE and OSNAP ) and the subtropical Atlantic (RAPID). The successful candidate will investigate trend in the AMOC magnitude using shipboard observations of CFCs and SF6 from repeat hydrographic measurements for the period 1992 to 2018 (LeBel et al., 2008). CFCs and SF6 observations are also a good proxy to estimate anthropogenic carbon and excess heat uptake by the ocean. Both lines of investigations will be compared to other independant methodologies (temperature, current velocity, carbon parameters measurements).
The student will have the opportunity to join an oceanographic research expedition to contribute to tracer measurements (CFCs and SF6) and to work with productive world class teams from IFREMER in Brest (France), CSIC at the IIM in Vigo (Spain) and the National Oceanographic Center (Southampton) to integrate with their research. The potential candidate needs a willingness to learn programming skills. You will have two co-supervisors, one in Exeter (Dr Marie-Jose Messias) and one in France (Dr Herle Mercier).