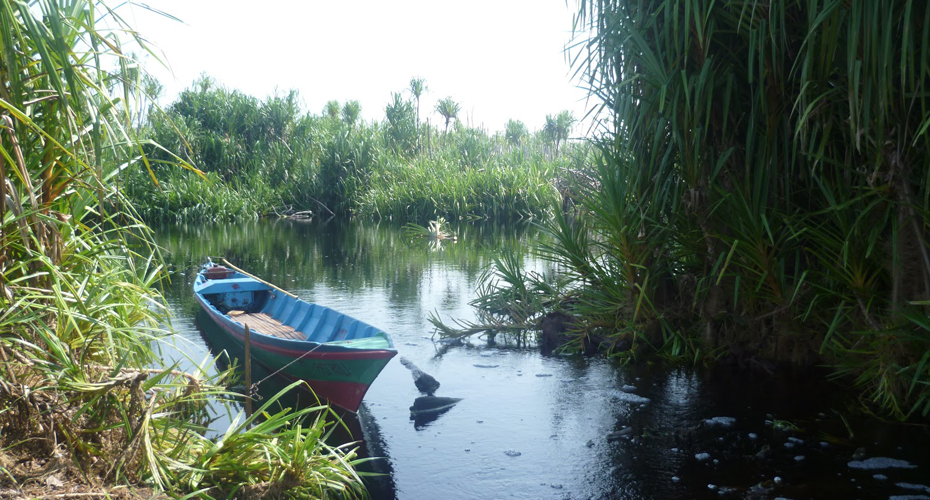 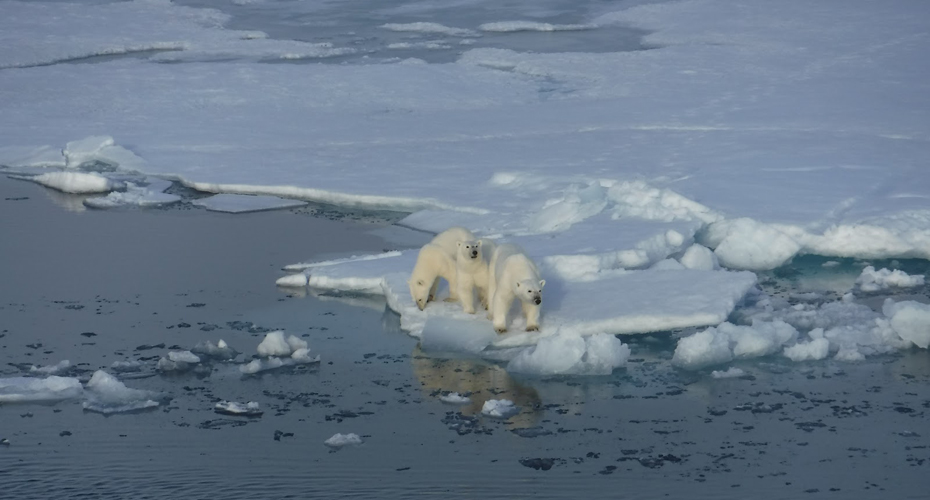 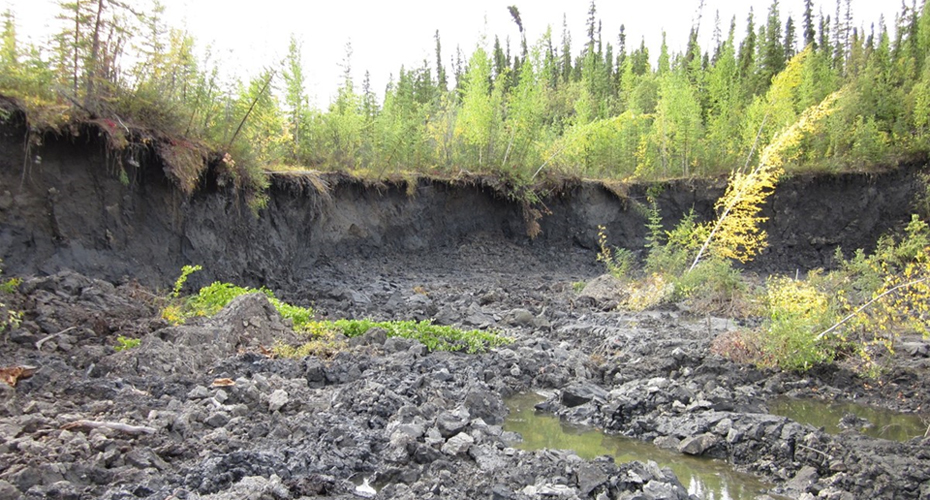 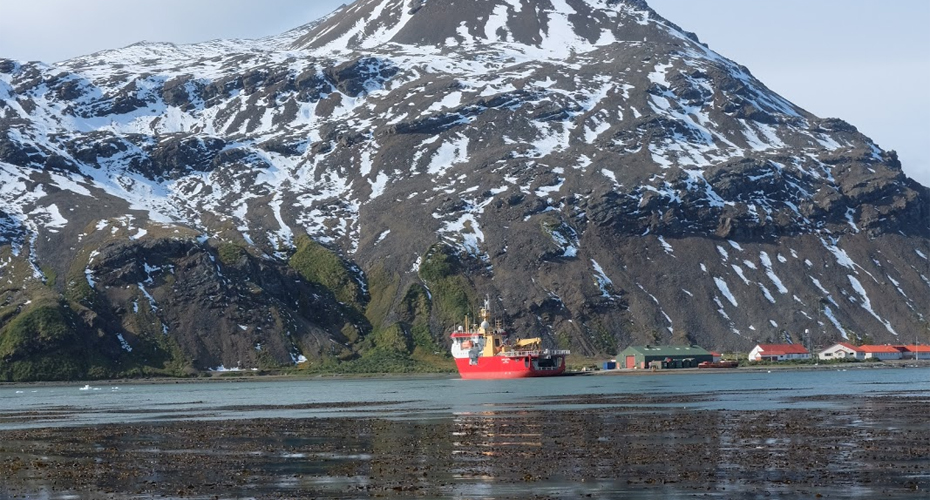 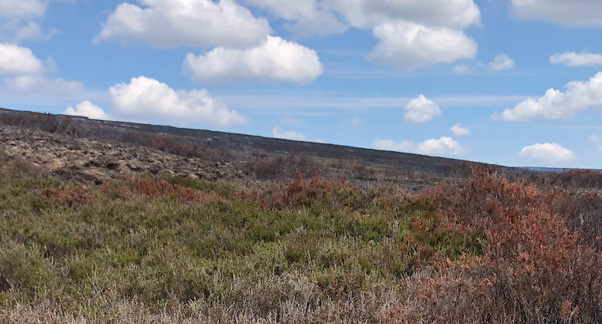 Image of patchwork of burning at the site of the Saddleworth Moor wildfire, 2018. Credit C.Belcher

Arctic peatlands and their role in mediating climate change

The Arctic is warming twice as fast as the global average rate, and in the last 30 years it has warmed more than any other place on Earth. There is now plenty of evidence for “Arctic amplification”, this means that the changes happening in the Arctic are leading to further warming, for example, decreases in albedo due to ice melting or increases in soil respiration due to soil warming (Anisimov et al., 2007). Arctic peatlands are one part of the Arctic biome puzzle, and we still don’t know how they will respond to warming. Some literature suggests the higher decomposition rates due to temperature will lead to loss of organic carbon (Ise et al.,2008; Dorrepaal, 2009; Crowther et al., 2016). These changes would contribute to Arctic amplification. But we also know that the amount of photosynthesis will increase with warming as the growing season lengthens (Charman et al., 2013). Furthermore, peatlands may also expand with warming. These would make Arctic peatlands a negative feedback to climate, i.e. they would not contribute to Arctic amplification but on the contrary, they would capture more CO2 as the climate warms.

The aim of the project is to contribute to the ongoing debate surrounding the question: what will be the response of Arctic peatlands to warming? This can be divided into two main themes:

We therefore propose an investigation of changes in both vertical accumulation of peat and also in peatland extent in the Arctic. You will work with already collected material from the Canadian Arctic. The project has a large laboratory component, and you will be measuring carbon accumulation rates in the study sites. Additionally, you will also investigate peatland expansion using peat that was collected in transects on the edges of peatland sites. This dataset will be the basis of the dissertation work, but there is scope to expand the project to do remote sensing and/or modelling of changes of peatland extent in the last 30 years, if you are interested in this aspect of the project.

The potential candidate needs a willingness to learn laboratory skills. Remote sensing/modelling skills are desirable, but not essential. You will have two additional co-supervisors as well as your main supervisor, one in Exeter (Prof Dan Charman) and one in Canada (Prof Michelle Garneau).

Southeast Asian peatlands and in particular Borneo peatlands have experienced fires of extreme severity in recent years that have produced toxic haze affecting millions of people’s health and have released large amounts of greenhouse gases into the atmosphere (Page et al., 2002). The frequency of these fires is now almost annual, unprecedented in the history of these peatlands, and fire severity gets worse during El Niño events (Hooier et al., 2010). The recent increase in fire severity and frequency is mainly due to anthropogenic pressures on the land, particularly from land clearance practices and peat drainage for palm oil plantations (Page et al., 2009). These fires are likely to have an effect on peatland carbon accumulation: on one hand, wildfires are likely to release nutrients to these usually low-nutrient ecosystems but on the other hand, dry climatic conditions will increase decomposition of the carbon stored in these systems. So, a question that still remains is: how do these fires affect carbon accumulation in pristine (non-drained) peatlands?

The proposed project will investigate fire and carbon accumulation history in Borneo peatlands using previously collected peat cores from Kalimantan, Indonesia. You will investigate the fire history (last ~100 years) of the region to establish whether there is a relationship between fire events and carbon accumulation rates in a pristine peatland. The project has a strong laboratory component, and you will learn to identify charcoal in peatlands. There is a possibility to further study the charcoal you find in these peatlands to assess whether you find evidence of charred peat in the record (New et al., 2016). You can also use the record to investigate the effect of El Niño in fire intensity and the relationship, if any, of climate and fire on peat carbon accumulation.

The potential candidate needs a willingness to learn laboratory skills. Microscope skills are desirable but not essential. You will have two co-supervisors, one in Exeter (Prof Dan Charman) and one in Leicester (Prof Sue Page).

It is predicted that 10s of billions of tonnes of carbon (C) will be released from thawing permafrost soils by 2100, representing potentially the most important positive feedback not included in Earth system models. This release could add 10 to 20% to the social costs of anthropogenic C emissions, and make limiting climate warming by 2100 to 2oC even more challenging. In situ measurements have provided unequivocal evidence that, following thaw, old, previously-frozen C can be released, with rates of release of over 50 g C m‑2 yr-1 being observed in some locations. With such high rates of C release, high-latitude ecosystems are predicted to become major sources of C as permafrost thaws. However, while increases in plant biomass in these regions are likely to be small by comparison, greater plant productivity may increase rates of C input to soils and thus the formation of new soil organic matter (SOM). Ultimately, the relative rates of new SOM formation versus the decomposition of previously-frozen SOM will determine whether, and how much, C is released following permafrost thaw.

While our knowledge of controls over decomposition rates in permafrost soils has improved considerably in the last decade, we still know very little about potential rates of SOM formation and stabilisation in high-latitude soils. This is key because the very few studies that have be able to measure changes in soil C storage following permafrost thaw have suggested that new SOM formation may be critically important: for example greater rates of plant C input appeared to increase soil C stocks following permafrost thaw on the Tibetan plateau. However, due to our lack of mechanistic understanding of how SOM formation and stabilisation are controlled in contrasting high-latitude soils, we cannot predict in which circumstances permafrost thaw will promote C uptake versus C loss, and new SOM formation has been omitted from estimates of the magnitude of the permafrost feedback.

The candidate needs to have a good understanding of carbon cycle processes and experience of running experiments in laboratory or the field.

Sub-Antarctic islands hold an important record of past environmental conditions in an area where land masses are scarce (Saunders et al., 2015). Both lakes and peatlands in these islands can help us understand changes in the environment during the Holocene, and in particular changes in the Southern Hemisphere westerly winds (SHWW). Additionally, sub-Antarctic peatlands lie at the Southernmost distribution of carbon accumulating ecosystems, and as such, they are an important part of the puzzle when trying to understand what are the main global drivers of carbon accumulation in peatlands. We still don’t know how high latitude peatlands will respond to climate change.

The proposed project will investigate the carbon accumulation history of sub-Antarctic peatlands using peat cores collected during the Antarctic Circumnavigation expedition (ACE) (http://spi-ace-expedition.ch/). You will be part of a larger international research group whose focus is to investigate different proxies to reconstruct changes in the SHWW (Hodgson and Sime, 2010, Strother et al., 2015). During this project, you will join this team to produce a novel peat carbon accumulation history of the region in order to establish whether there is a relationship between climatic factors and carbon accumulation rates in these peatlands. The project has a strong laboratory component, and you will be taught how to perform the required analysis. There is a possibility to study other aspects of these peatland records.

The potential candidate needs an undergraduate degree in a relevant subject (Environmental Science, Geology, Geography, etc.) and a willingness to learn laboratory skills. Microscope skills are desirable but not essential. As well as your main supervisor (Dr A. Gallego-Sala) you will have three co-supervisors, one in Exeter (Prof Dan Charman) and two at the British Antarctic Survey (Dr Bianca Perren and Dr Stephen Roberts)

Is there Power in the Patchwork: UK management burns and wildfire risk

The use of burning practices to manage moorland for grouse shooting is contentious. The recent increase in wildfire threats in UK ecosystems has led to the idea that prescribed burning may be useful in limiting fuel loads, or creating strategic fire breaks that will prevent larger fires occurring such as the large fires on Saddleworth Moor and Winter HIll in 2018. Fire has long been a tool used by estate managers to create patches of cleared heather for grouse to feed in but dense heather for them to nest. Now they argue that their ancient land practice will assist with landscape management for fire risk, providing an argument that this practice should remain. When Grouse estates burn they burn a range of patches across the landscape, which are clearly observable on google Earth. Different keepers have different mosaic types. However, there is as yet no proof that their burn designs are able to lower fire risk.

This research will seek to describe these mosaics spatially using a pattern analysis approach. This will be combined with a fire spread model to assess how previous burn rotations would alter the spread of a wildfire should it run through such an area. This approach will aim to test the 'power in the patchwork' in order to determine whether or not such approaches have any influence on lowering fire risk in UK moorland. This will provide new essential data that will work toward improving management of critical UK ecosystems, that have a wealth of ecosystem services.

This project would be best suited to a graduate with a mathematical or modelling based skill set that has the ability to use such approaches to visualise variations in land-use and risk.