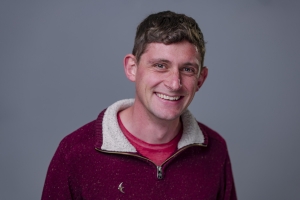 Roger recently completed his PhD looking into the human dimensions of reintroducing the Eurasian beaver (Castor fiber) to England. This included exploration of potential opportunities, conflicts, and societal views of beaver reintroduction and management. His work included a nationwide survey of attitudes towards beaver reintroduction, followed by a series of focused studies within the catchment of the River Otter Beaver Trial (which concluded in 2020). These include: interview research with individuals who reported conflicts between beavers and agriculture or land/property; Q-methodology research into the perspectives of the angling community within the River Otter catchment; a mixed methods investigation into beaver tourism in the lower Otter. He also contributed towards a collaborative literature review on beaver impacts, and in a recent study used Q-Method to explore human perspectives of the role of beaver in natural flood management, among communities living downstream of beavers at three sites in England.

Roger undertook a qualitative survey of the experiences of River Otter Beaver Trial Steering Group stakeholders, and defined the concept of Renewed Coexistence; "...coexistence that is specifically associated with a reintroduced species, thereby one which was present in the landscape historically, but which will likely be a ‘new’ presence for the humans living in the locality post-release".

Roger was a member of the River Otter Beaver Trial Science & Evidence Forum which collaboratively produced the final Science & Evidence Report. Following this, the UK Government announced in August 2020 that the River Otter beavers are legally permitted to remain and, from October 2022, beavers will be legally protected in England. Roger recently completed an additional short research project for Natural England, capturing lessons from Beaver Management Groups in Devon.

Roger is now working on an EU Interreg funded project, exploring the engagement of end users and stakeholders during the development of two coastal adaptation projects; the Lower Otter Restoration Project (Devon, UK) and Saâne Territorial Project (Normandy, France). This involves a documentary evaluation of historical engagement, interviews with project partners, and social learning workshops with members of the local communities. The findings will contribute to a work package for the wider EU Interreg Cross-Channel 'Promoting Adaptation to Changing Coasts' initiative.

Additionally, he has a personal interest in marine conservation. He completed his BSc Zoology research project on the patterns of turtle stranding in Northern Cyprus, where he also volunteered through two nesting seasons with the Marine Turtle Conservation Project at Alagadi (Northern Cyprus). He previously volunteered with AK Wildlife Cruises, and enjoys outdoor swimming.