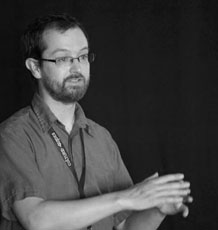 My longstanding interest in heritage crafts has manifest itself since 2009 through my involvement with the Heritage Crafts Association, the advocacy body set up to secure a sustainable future for traditional crafts, of which I am one of the founding trustees. As part of this role, I have initiated, and now serve on, the judging panel for the Heritage Crafts Awards, and have worked on a number of projects, including acting as a consultant on the National Museums Wales Gweithdy craft skills centre at St Fagan’s National History Museum.

Prior to doctoral research I spent nine years at Voluntary Arts, the national agency promoting participation in creative cultural activities, heading up information and research, and, latterly, coordinating the work of the organisation in Wales. In that time I led national and European research and amateur participation projects, including the Paul Hamlyn Foundation funded ‘Hand on Crafts’ programme fostering intergenerational relationships to pass on heritage craft skills, and was part of the steering group for the AHRC Connected Communities project ‘Co-Creating CARE’.

My academic background is in the humanities, focusing on critical and cultural theory. My Masters focused on new religious movements of the British Isles from the perspective of poststructural historiography.

Project title: Tacit practices and the emergence of ‘heritage crafts’ – a multi-scalar study

Use of the term ‘heritage crafts’ to describe a range of traditional craft practices has gained particular prominence in the UK in the last decade, emerging alongside a number of contemporary debates amongst practitioners, academics and policymakers about what constitutes heritage and what constitutes craft, about types of knowledge that are both inherent in the body and manifest in practice, and in relation to global initiatives such as the UNESCO Convention for the Safeguarding of Intangible Cultural Heritage 2003.

Although there has been heightened awareness of heritage crafts at policy level in the last ten years, scholarship has not yet got to grips with how heritage is enacted by individual crafts practitioners on a local scale, and the various and unexpected links between grassroots practice and policy debate both nationally and globally.

This research will provide a multi-scalar investigation into the channels of influence that link everyday practices with academic thought, economic trends and public policy. Its starting point is that the heritage discourses performed by craft practitioners are complex and nuanced, touching on factors such as self-identity, authenticity, economics, and environmentalism, and that they have a similarly complex and multifaceted relationship with the various heritage discourses operating at national level, within a context in which the construct of ‘nation’ itself is in flux.