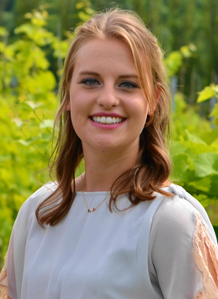 Katie graduated from Cardiff University with a First Class BSc (Hons) in Biology with a Professional Training Year in 2016. Katie was awarded the Centenary Prize for the most deserving Final Year student studying BSc Biology. Katie’s Professional Training Year involved a one year voluntary role as a Research Assistant for the Bornean Banteng Programme; where camera traps were used to survey tropical rainforests for an endangered wild cattle species. Despite this, Katie’s undergraduate thesis investigated multi-dimensional fungal interactions between wood decaying basidiomycetes. It was this experience that stimulated her strong interest in mycology. This, together with her concern of climate change, directed Katie to pursue a PhD at the University of Exeter, funded by NERC GW4+ Doctoral Training Partnership, to investigate the effects of temperature on wood-decomposing fungi.

Project Title: The effects of temperature on wood-decomposing fungi

Project Description:
Terrestrial ecosystems absorb over one quarter of anthropogenic carbon dioxide released into the atmosphere each year. With rising temperatures potentially increasing rates of organic matter decomposition in soils, there are concerns that the ability of terrestrial ecosystems to absorb and store carbon dioxide from the atmosphere will decline. This would consequently accelerate climate warming and enhance the effects of climate change.

There remains considerable uncertainty and controversy about whether decomposing microorganisms will increase their activity at higher temperatures. It has been suggested that microorganisms could adapt to warming, which would eliminate the potential increase in decomposition rates. Past research has mainly focused on investigating the activity of whole microbial communities. This, however, makes any potential mechanisms involved difficult to identify as they are hidden by the overall response. Katie’s research therefore focuses on wood decomposition and the activity of saprotrophic basidiomycete fungi, to determine if these key decomposing agents have the ability to thermally acclimate. The aim of Katie’s research is to develop a mechanistic understanding that can be used to better predict global warming effects on carbon dioxide release from terrestrial ecosystems.